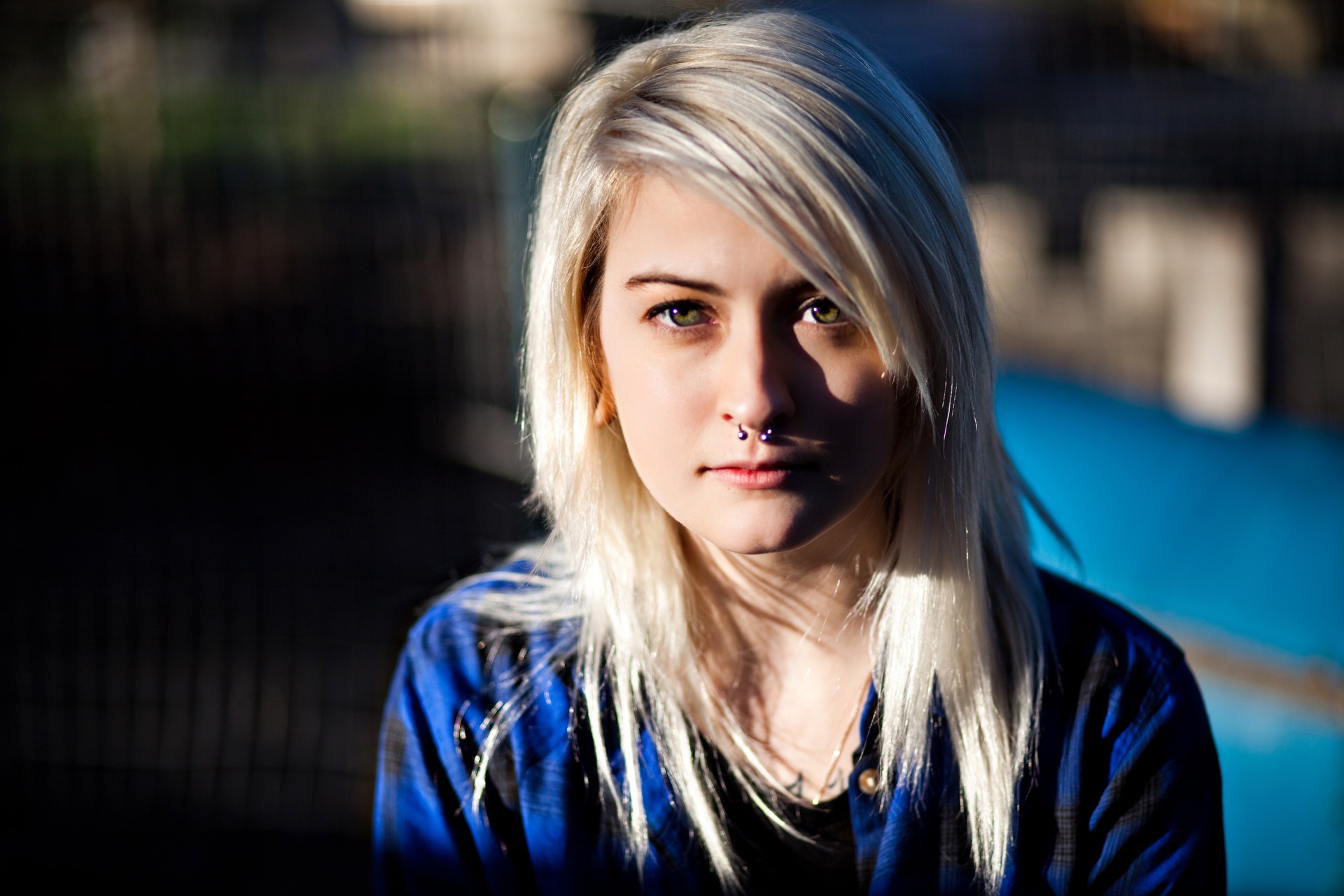 Natasha Winn is a hairstylist in Copperas Cove, Texas. She was 25 when I interviewed her in Austin, Texas on November 27, 2013.

I was living in North Carolina and I lived with my mom. She’s a single mom and she got cancer when I was 13 and I think that’s when I started being depressed and I started cutting myself as a release for that.

And when I was 14, I was in eighth grade and she died, and I didn’t know my dad at all, so my friend’s mom got in contact with him because we didn’t talk at all. So he came down and he met me and he took custody of me. So then we moved up to—after I was done with eighth grade—I moved up to New Jersey to start high school, and it was pretty good from there.

My boyfriend got me into drugs and sneaking out and doing all the bad stuff, and that really hurt my relationship with my dad.

My dad was a pretty cool person, and then when I turned 16 or 17, I was in an abusive relationship in high school. My boyfriend got me into drugs and sneaking out and doing all the bad stuff, and that really hurt my relationship with my dad. So he didn’t trust me and then he was—he put me in a rehab because he found me smoking [marijuana]. And then he accused me of doing other things that I wasn’t doing. I was just smoking [marijuana] at 17, but whatever.

It really hurt our relationship, and I think that he was probably going through some stuff too because when I got to college, he kicked me out of the house. I was living at the dorm, so that was like an escape. I broke up with my abusive boyfriend ‘cause that’s the best way to break up with an abusive person, I guess, is just to remove yourself from the situation.

I was on my own for a while and then I started dating another guy and I told him that I didn’t have a home. I [was] just living at college and then when it was break I didn’t have anywhere to go, so he offered to let me move in with him and his parents. But then it turned out he was also abusive.

It’s a cycle, I guess. If you’ve been in an abusive relationship, it’s, like…

I don’t think his parents knew that he was abusive, ‘cause he was one of the quiet, shy guys.

Natasha: Yeah, you’re more likely to get into another one. So I was living with him and his parents, and I don’t think his parents knew that he was abusive, ‘cause he was one of the quiet, shy guys.

He was abusing me emotionally and physically and everything, and I think one day I just couldn’t take it. I don’t know. I started talking about wanting to kill myself. And then he would say that he was gonna kill himself as retribution, so our fights would just get bigger and bigger and bigger…

One day, he just woke up and decided to be mad at me. He just decided, ‘I’m gonna be mad at Natasha no matter what she does or what she says, I’m just gonna be mad at her.’ I started crying and I told him that he was making everything worse and that I was going to kill myself, and since we’d said it so many times before, he was just like, “Whatever, whatever.”

I had prescription anti-anxiety medicine and he threw it at me, and he was like, “You always say it, so why don’t you do it?”

Des: How old were you when you attempted?

Des: Did you have a support system around you after that?

Natasha: No. I went to therapy, but no. It was hard ‘cause I was in that abusive relationship and he would cut me off from my friends. If I was saying something to one of my friends, he’d be like, “Are you talking bad about me?”

That was hard but I did start cosmetology school, so it was all women and that was way better than going back to college or whatever. I made friends and they all had—cosmetology school, it’s like everybody has some kind of troubled past. Everybody had similar—they’d been in abusive relationships and almost everyone there had some kind of mental health… had attempted suicide. It was more open and they could joke about it to lighten the mood.

Natasha: Yeah, ‘cause I really felt worthless, and I really felt like I didn’t deserve to be alive and all the things were true and that… I don’t know. I just thought that I was a horrible person and the only way to not be horrible [was] to die. I guess that was the thought process.

Des: How long after your attempt did you finally get out of that house?

Natasha: It was a year, ‘cause I was in school for a year, and then over the summer I found a job. Then it was in October [that] I looked for apartments on Craigslist, and one day I was just like, “I’m moving out.”

I didn’t even put it up for discussion. I was just like, “I’m moving out next week,” ‘cause that’s the only way to do it.

Des: If you could talk directly to the people reading this and give them advice, from your perspective, what would you say?

Natasha: Don’t tell people to kill themselves when you’re mad at them. Don’t do it. Don’t joke about stuff like that, ‘cause it’s like a serious thing, and it’s not funny to joke about it. And even if your friend or your girlfriend or whatever always says, “I’m gonna kill myself, I’m gonna kill myself,” you should take her seriously and not say, “Oh, that’s something you always say.”

If she’s saying that, it probably means there’s a problem she needs help with.