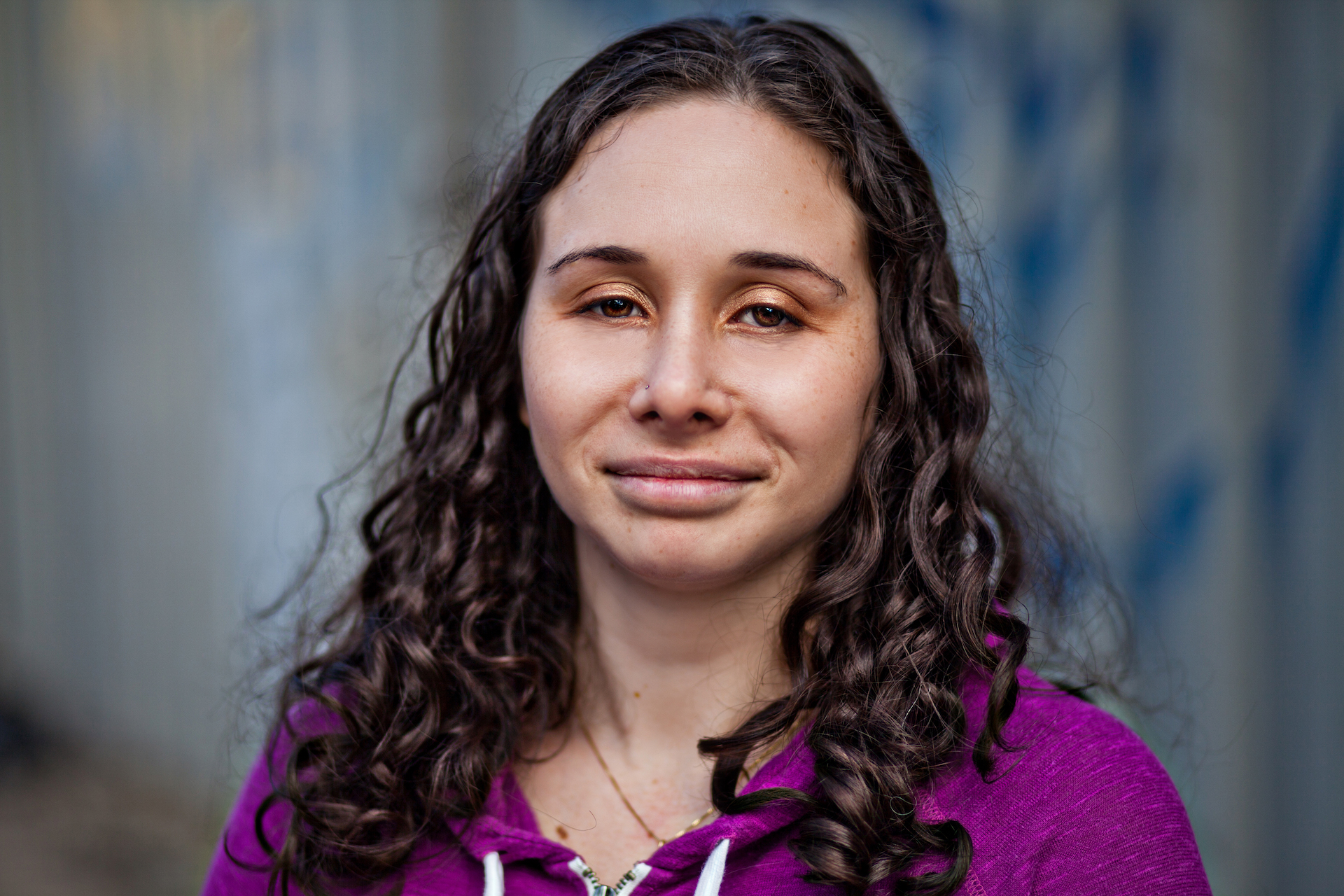 I’ve sort of always been depressed, but no one really paid attention to it.

My brother is severely disabled so, when he was born, they just sort of forgot about me. [The depression] just kept building and building. I finally had my first nervous breakdown when I was thirteen, my second when I was fifteen, and they put me on Wellbutrin.

Then, when I was nineteen, was one of the worst. I’d been dating this guy who was really bad for me, and my grades started slipping, and it was winter, so I took a bunch of pills and washed them down with vodka and hoped that I wouldn’t wake up. But I did.

I guess it isn’t that epic of a story. I just didn’t want to wake up and then I did.

They diagnosed me as bipolar. When I was 24, I had another nervous breakdown. I was put on suicide watch again. They upped my medication.

About a year and a half ago, my best friend [died by] suicide. I guess what I felt the worst about was that, instead of being angry at him, I was like, “I get it.” I don’t know if I really forgive myself for that. Everyone else seemed so angry. I wasn’t. I was very sad, and I still have nightmares about it, but there was part of me that was just like, “I get it.”

It’s something that I deal with on a regular basis, but I mean, you’ve just sort of got to fight it off.

Des: What did your parents say?

Des: Do they know now?

Des: No? You said you had a boyfriend who was bad for you. What did he say?

Des: Wow. So, no one knows, and now you’re telling everyone. Tell me why you decided to tell your story.

Alissa: I decided to do this because, as I said, my best friend [died by] suicide about a year and a half ago. He was trans. I don’t think he was accepted by family members. He dealt with depression his entire life. It just happened out of nowhere, almost, because I’d known that he’d been depressed, but it seemed like things were getting better. He was at a job that he loved, and he had a girlfriend he was in a committed relationship [with], and it just…

I just remember getting a call from his girlfriend at ten in the morning. I picked up the phone—and I still have nightmares about it—just hearing his girlfriend going, “Leo killed himself last night.” It just runs over and over in my head.

Des: I don’t think so. I feel like a lot of people don’t really don’t understand that, but they also don’t try to understand what you must be feeling like in order to want to die, or to stop the pain by dying. Tell me more about that, what it took to get you there. What does it feel like?

Alissa: It comes to this point where it’s just absolute hopelessness. There’s just nothing. What happens to me when I get depressed is, I get this feeling of real detachment, like I’m not in my body. It’s as if I’m watching my life through a television set, like I’m not really there, and I’m just so detached from everyone… I remember telling someone that I wasn’t hanging out as much because I was depressed, and she told me it was just an excuse. Then I told someone else, and they said it’s because I don’t exercise enough. Nobody’s listening to you, and people are judging you for this. You have nowhere, really, to go, and you’re just in so much pain, and it comes to the point where it’s so overwhelming.

When people are like, “Look on the bright side,” you can’t.

There’s no part of you that’s like, “Well, I’m really depressed, but I have a dog.”

I think the people that get really angry about it, or indignant, or call you selfish, are people who have never suffered through clinical depression.

I think we use the word “depressed” too loosely. There’s a difference between being sad, being in grief, and being depressed. If someone dies, you’re in grief. It’s sad. Something terrible happens, you’re sad. But when you’re depressed, it’s a whole different thing. It’s a whole different beast. You don’t want to get out of bed, you don’t want to live anymore. There’s no silver lining because there’s nothing but the depression. So, I guess that’s what sort of brought me there.

Des: Do you address this kind of subject matter in your comedy?

Alissa: I don’t, really. The thing is, sometimes it depends on the crowd. A lot of people get super uncomfortable when you talk about it… I feel like this is something that we have to deal with, [but] people don’t really react favorably to it, so I don’t address it that much. I do address my feelings of inadequacy in comedy. Basically, my comedy is me getting up there and talking about how awful I am, and hoping that people laugh at it, and it seems to have been going over pretty well so far.

Des: Does it make you feel better?

Des: Tell me more about comedians and depression, or alcoholism, or suicide.

Also, I think you have to be smart to be funny, and people who are smart are usually miserable. I just read somewhere that people with higher IQs are generally pretty miserable. I get it. When you know what’s going on, it’s kind of depressing.

Luckily, I never developed any real addictions to anything, but that is common in comedy, as well—alcoholism, drug use. There’s just that need to disconnect from how depressed you are.

Des: Is there any kind of support group for comics who have depression?

Alissa: Not that I’m aware of. [The comedy community it] a good community where most people are pretty empathetic towards one another. I’m sure that if you really needed to talk to someone about it, they’d be there to listen, but I don’t know if there’s any organized group about it. I just imagine everyone would be there trying to out-funny each other, instead of dealing with what the actual issues are.

Des: How did you deal with not talking about it for so long?

Alissa: Well, it’s not easy. It becomes this dirty secret, you know, and it shouldn’t be a dirty secret. You should feel as though you have someone you can turn to for help, but instead you [hide] even more. The fact that you’re depressed was already a dirty secret, but the way people make you feel [makes it worse], and what would have helped was being able to talk about it. Then you go ahead and [keep quiet] and it becomes even worse, and you just keep digging that hole. It hasn’t been easy. It’s been almost ten years, so it’s easier to deal with now, but it was kinda rough when I was younger.

Des: Do you still have a lot of shame about your attempt?

Alissa: Enough shame that this is the first time that I’m telling anyone about it, I guess. Actually, I didn’t really tell my fiancé that I was doing this until this trip, either.

He’s like, “What are you doing in New York?”

I was like, “Gonna see some people. Oh, and I never told you this, but when I was nineteen I tried to kill myself, so I’m gonna go talk about it with someone.”

Des: What did he say to that?

He was like, “I figured something like that,” because I would get so depressed sometimes and freak out. He was good about it. But, yeah, I guess that’s a good sign that there’s some shame there.

Thanks to Lucia Daniels and the Tennessee Suicide Prevention Network, a Live Through This partner organization, for providing the transcription for Alissa’s interview.