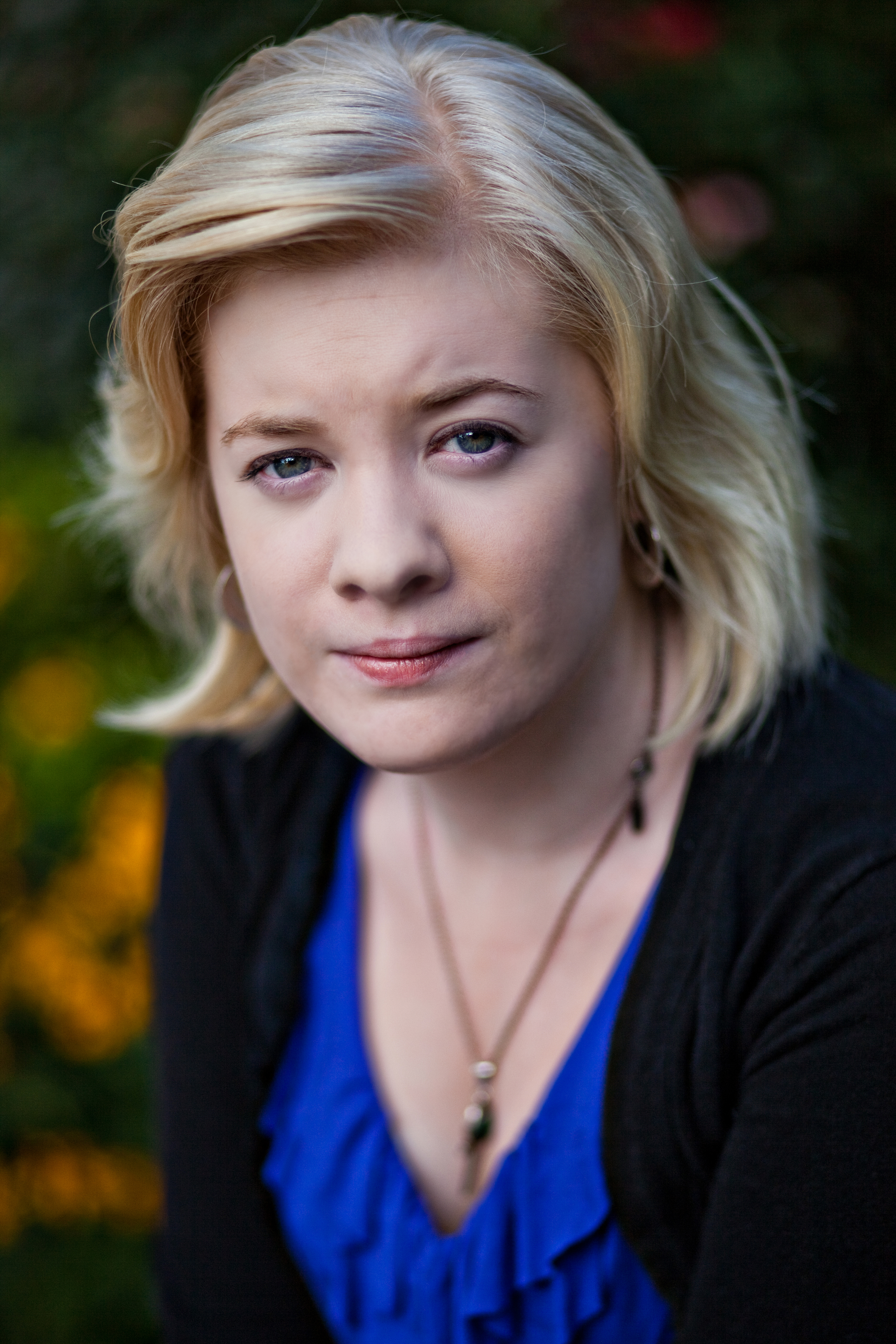 Emily Lupsor is a human services professional, working toward a Master’s in Social Work in Charlotte, North Carolina. She was 23 years old when I interviewed her in Raleigh, North Carolina, on August 18, 2013.

I think I struggled with suicidal thoughts for most of my life—probably since I was like 12 or 13—I want to say. 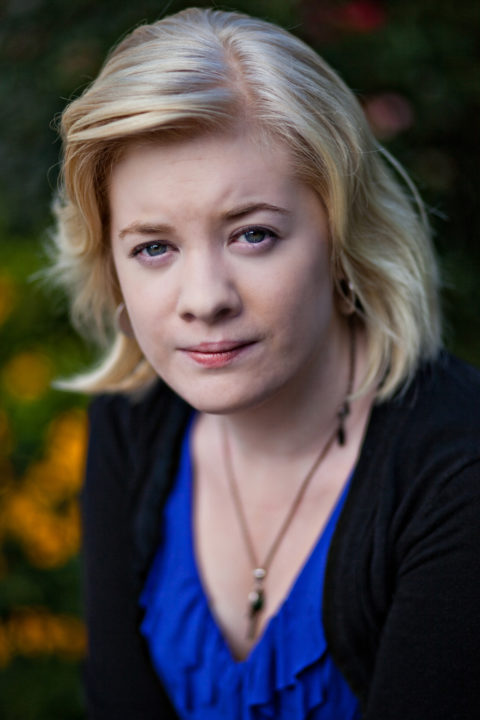 It’s something that I struggled with for a long time, but it wasn’t until I was in high school that I started really thinking seriously about suicide…

[My suicide attempt] was almost two years ago and I was working as a receptionist at an eye doctor’s office. I had gone to college originally to study music. I was a voice major and I was all about opera classical music. It was really great, but it was just like such a competitive environment and I just realized that—I just don’t think professionally I would have succeeded as a musician because it’s like so competitive and my heart wasn’t really in it.  I just did it because people told me I was good at it and so I was like, “Oh, I’ll just do this,” ‘cause I wasn’t really sure what I wanted to do, and I don’t think most people coming out of high school do know what they want to do. I think people go their whole lives kind of trying to figure that out.

I had moved back home because I had become severely depressed to the point which I wasn’t really able to function in day-to-day stuff. I went to East Carolina, which is on the coast of North Carolina. I moved home because of that, and I moved back in with my parents, and I was just super depressed. For most of my life, I kind of believed that that’s just the way that I was and I think I’m just a sensitive person and I really believed that I would always be struggling with this cloud of death. I didn’t really believe until a few months ago that your whole life isn’t necessarily gonna be that way, ‘cause I was really struggling so much. I would just lay around crying and I didn’t shower. I stopped going to class.  I didn’t talk to people and I didn’t eat and… it’s just depression.

So anyway, I was going to community college and I was kind of apathetic about the whole thing. I was like, “I know that I should be doing this.” I went to a really preppy high school where they were really focused on results, like achievement and, I don’t know, making a lot of money and getting lots of degrees and doing that kind of thing. It was really hard for me to veer off from that path and to not really be sure what I wanted to do. I was in community college, kind of not really into it. I was making pretty poor grades and I didn’t have a lot of friends.

My friend Bill, at the time I met him, he was actually my teacher. I took abnormal psych with him. He was my teacher and we actually became friends afterwards and it’s really bizarre, but that’s what happened. And so he was my best [friend] and I had a couple other friends. I’ve always been kind of shy so I haven’t really had a lot of social interactions with people, but I was really, really struggling.

I had just started seeing a new therapist and I had just gone to my primary care doctor and I was like, “I need to be taking medication because I really can’t do this.” So I was reaching out, trying to figure out a solution to the depression. When I made my attempt, it was just a few weeks after starting all of that. I’ve heard that’s common too, after you start a new medication, but I just felt so absolutely worthless…

I was a receptionist. I was the only admin at this eye doctor’s office, so I would sit at the computer and I would write a lot on Google Docs, so I would just write. I saved these, ‘cause I’ll go back and read them sometimes and I sound like this completely different person. I just felt like had absolutely nothing to live for, that people would not miss me when I was gone, that there was no point in living because I always felt just so bad. There was just so much pain in my life, and I was like, “There is no way that I can ever escape this, and even if it goes away it always comes back, and it always comes back worse.”

I’ve been struggling with this my whole life and people say really unhelpful things. They’re like, “Oh, you know, you’ll figure it out, you just have to find your niche,” and I was just really not finding my niche or whatever it was…

[After my attempt, Bill was at the hospital with me] the whole time and I would start to think about what I had done. I would start to panic and he was there and he was sitting at the end of the bed and he would squeeze my foot and just say, “It’s okay.” It was just the kindest thing that I’ve ever [experienced]…

At 3:00 a.m. or something, I was admitted to the hospital, so I went up to a regular medical floor. They put a catheter in and the aide that was doing it was like, “You should be so ashamed of yourself. You have so many reasons to live.”

I could barely hear her ‘cause my ears were ringing. I just looked at her. I was like, “Are you fucking kidding me right now?”

That just really pissed me off. I was like, “After all of that, are you really gonna say that to me?”

It was just a couple months after all of this happened, and I remember after it happened, I came home and my mom was crying one day.

What I don’t think people realize is, people say all the time that suicide is the most selfish act that someone can do. And I’m like, “I think it’s selfish for you to say that.” It’s like, in saying that, you’re not acknowledging the utter despair that someone must be in to get to that state where they want to die or they’re thinking about it. I just think that’s one of the worst things that you can say to someone: “That’s such a selfish thing to do.” I can think of a lot of things that are more selfish than that. Like I said before, I don’t think people realize until [they’ve] been through an experience that kind of makes them think about it.

Des: Tell me more about what you would say to somebody if they came to you and said that they were feeling suicidal.

Emily:  …I think you kind of have to have an honest conversation about it with them… I would just say something like, “I really care about you and I want you to live and I’m willing to do whatever it takes to make that happen,” but I would include that person in any kind of plans that I would make. I think that’s so important to have the person who’s feeling suicidal be part of the decision making process, [as opposed to], “We’re absolutely going to the hospital right now.” That’s what Bill—he didn’t say that—but that’s what Bill did.

He was kind of like, “Well, you know, I think maybe we should go to the hospital.”

But eventually, he talked me into it. I think you just kind of have to play it by ear.

Emily: If you had told me back then that one day things would get easier, I would never have believed you. I used to believe that suicide would always be an option for me, given my history. But the more space I put between myself and the attempt, the more I am aware of the overwhelming beauty, love and goodness in the world. I know it sounds cheesy, but almost every morning I wake up, I reflect on how thankful I am to still be alive, that I’ve got this second chance. It’s entirely possible that someday down the road, those thoughts will return, but I can’t imagine making that choice ever again.