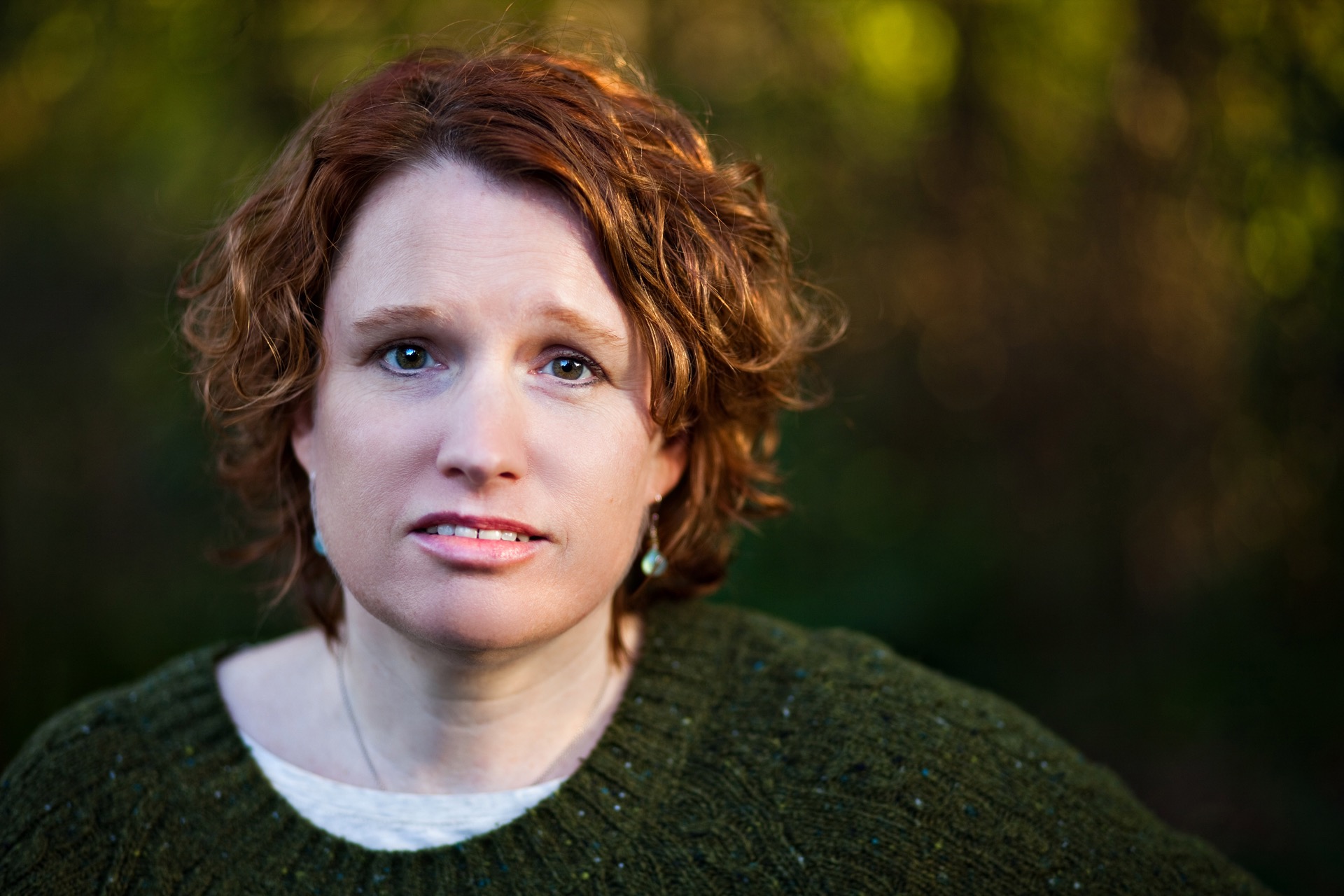 Jennifer Haussler Garing is an epidemiologist in Austin, TX. She was 43 years old when I interviewed her on November 29, 2013.

I tried to kill myself when I was 13 years old. I took some drugs and basically passed out. I woke up the next morning and no one had noticed.

My parents didn’t find out until I wrote the blog post about it and sent them links to it 30 years later.

But that’s my story. I’ve been very suicidal a number of times since then. I suffer from bipolar disorder—I don’t suffer from it, I live with it.

I was in the hospital when I was 22. I spent 13 days in a psychiatric ward, and that saved my life. I think, if I hadn’t wound up in the hospital, I would have wound up in a grave, and that was hard. I dropped out of college, and then [going] back to college was one of the hardest things I think I’ve ever done. You just lose all faith in yourself. And you get diagnosed with a mental illness, you get told that this is what the rest of your life is gonna be like, you get handed a bunch of pills, and they kind of send you on your way. It’s really terrifying. If I didn’t have my family, I don’t know where I would be. One of the most stable things in my life is that my family has been supportive.

Des: Tell me about being diagnosed. Tell me more about what you just said—what it feels like.

I can remember the day I went back to counseling and psychiatric services. I was crying and I kept telling them, “You said this was never going to happen again. You promised me this would never happen again.”

When they sat me down in the hospital and talked to my parents about what I was like as an adolescent—the previous 10 or 15 years of my life—they realized that I had been going through this since I was about 12 years old. I’d been having episodes and with no treatment. No one really noticed. They just kind of assumed that that was the way I was and incorporated it into my personality: that I was unmotivated and lazy and never finished projects. All this stuff just got incorporated into who I was, and I was constantly getting these comments [from superiors], like, “Jennifer is not working to her potential…” They were these horrible things that, [later] you realize that you were sick and what a horrible thing to say to a sick person, you know?

I had a reason, so I guess, to a certain point, I felt vindicated when I was diagnosed. Finally there was some reason why things were so damn hard.

I don’t think I realized until I was probably 40 that you were supposed to be happy in life. When I was 13, I thought it was completely normal to want to kill myself. I thought everybody felt that horrible. I thought only people in movies and TV were happy. The rest of the world is just miserable. I had no idea it was the wrong thing to be.

Des: Tell me more about the being told you were going to spend the rest of your life with this thing.

Jennifer: This thing. Oh god. They were great. They photocopied a chapter of a medical textbook and gave it to me. They explained it and explained that I had been living with it, and that it was something that was gonna be with me for the rest of my life. I might not have episodes for the rest of my life, but I was always going to have this disease, and that’s a lot to swallow at 22. It’s a lot.

The rest of your life seems like a really, really long time. I think I was terrified at the thought of, ‘What is this gonna mean to everything else I want to do with my life? Do I have to adjust my expectations? Do I have to adjust what I’m doing?’ I didn’t really know what to make of it.

Des: Tell me more about what happened after your attempt. You said no one realized.

Jennifer: No one noticed, and it’s strange to say, but I was really disappointed that I had failed. I just took it as one more failure that I had. When you’re 13, how many failures can you possibly have? But I saw things as really black and white, and I was a perfectionist. If I wasn’t excelling, I was failing. My parents’ marriage is an entirely different interview, but I didn’t grow up in a great situation. No one was beating me or anything like that, but it just wasn’t a good place for thriving emotionally. I think I didn’t tell my parents at the time because I didn’t want them to know that I had tried and failed. It seemed like it mattered more that I had failed than that I had tried, and I didn’t try again because I didn’t think I could do it. I didn’t think I was capable of doing it correctly.

Des: Why did you decide to come out?

Jennifer: I think it’s really important for people who have lives and jobs and who live and do things and walk down the street looking like everybody else, to come out and say that they have a mental illness. Too many people are putting mental illnesses with school shootings and other things like that, and they just don’t understand that it could be their next door neighbor. It could be the person in the cubicle next to them. It could be anybody, and people with mental illnesses don’t act out violently like that. It’s not common. It’s not the majority of the people, and I think until a lot more people come out and say, “I’m living with this, I’m doing this, this is my life,” that there will be this stigma attached to it. I think the only way to get rid of the stigma is for more people to be honest and open about it, and that’s why I came out.

Des: What you would want to tell readers about your attempt or about suicide?

Jennifer: I think I’d want to say that in the place where someone is thinking about suicide, that it’s the most rational option in the world, that there is nothing selfish about it (it’s actually a selfless act), and that you can come back from it. One of my big tenets that I live by is that the only constant in life is change, and that, even if things have to get worse first, they’re gonna get better. You always come out the other side and you’re a changed person…

I told my therapist and he said, “Not yet.”

But it’s something that I struggle with. For a long time I felt like I had a monster on my back that followed me around and knocked me down every once in a while and just kicked me through to the floor, just destroyed my life because the depressions really do just wreak havoc on everything.

Des: How do you stay healthy?

Jennifer: I watch my diet. I get enough sleep. I see a therapist. I also use phototherapy in the winter because the lack of sunlight does get to me. I exercise. I think, actually, the most important thing is that I have a really strong network of friends and family that I can turn to and who will support me. The support system is just so vital. When you’re without it, you’ve got nothing. That’s the really vital thing.

Jennifer: God. Not right now, but you could talk to me in six months and I could tell you it looked like a good idea. I think, at this point in my life, this disease has taken too much from me and it’s not gonna get the balance. I’m not going to be part of my own demise. I’m not gonna play along. This isn’t something that I’m gonna do.

But this is me healthy and in my normal state. ‘Normal!’ God, I keep using that word. I have to stop using that word. I don’t like using that word. That’s the worst part—it just keeps slipping out, but I’m in my kind of Zen state, I guess I’ll say. Things are going well and I’m happy. I started to have a dip but we fixed it and it’s survivable now.

You can watch Jennifer tell her story on the first episode of the Mental Health Channel‘s series The Common Good, below: