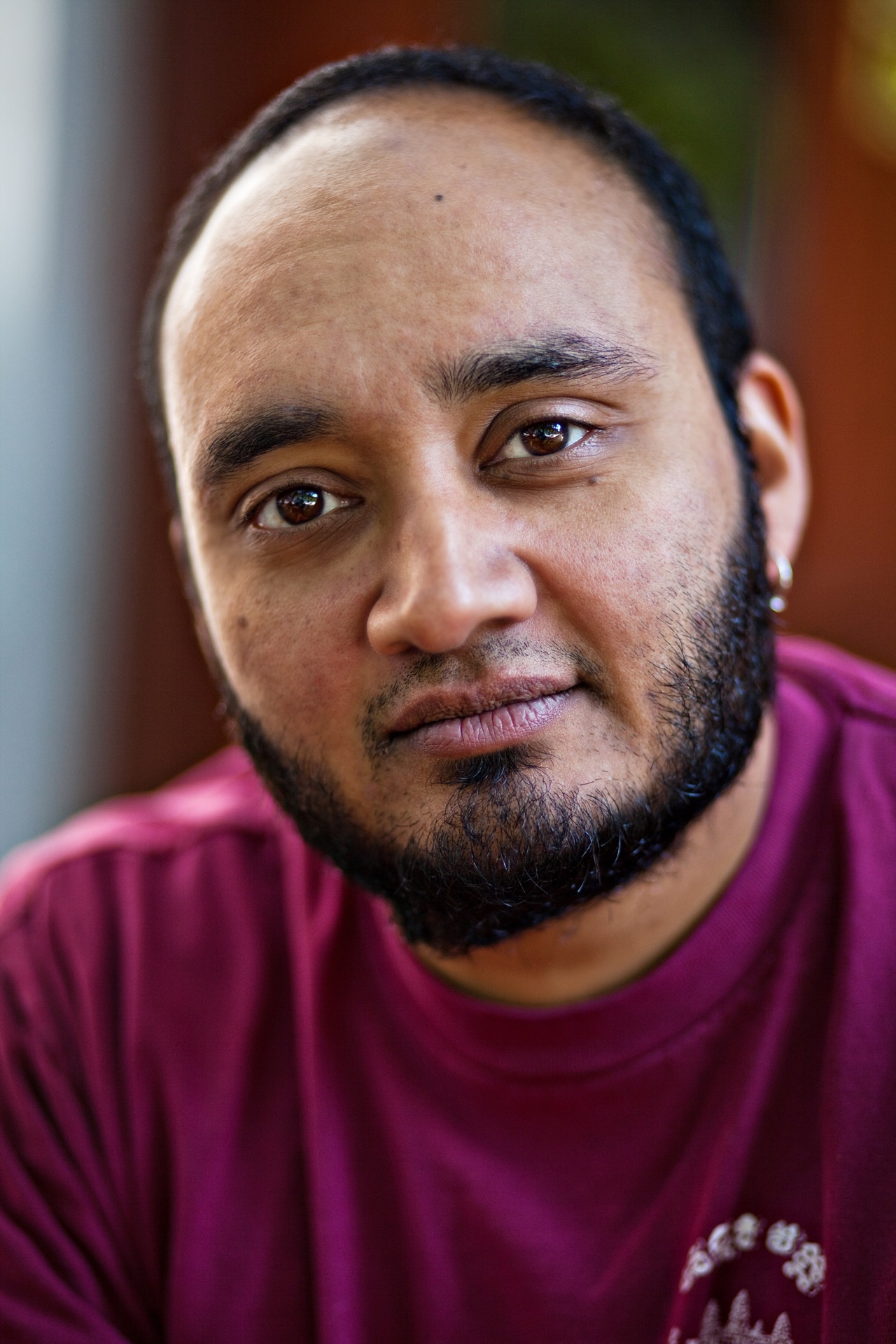 Mashuq Deen is a transgender playwright and performer in New York. He is also an activist in the LGBTQ community, a bread baker, and a (stuffed) monster maker. He was 37 years old when I interviewed him on June 14, 2013.

No one asks me, “What was your time in the hospital like?” Or, “What’s it like to be depressed or suicidal?” 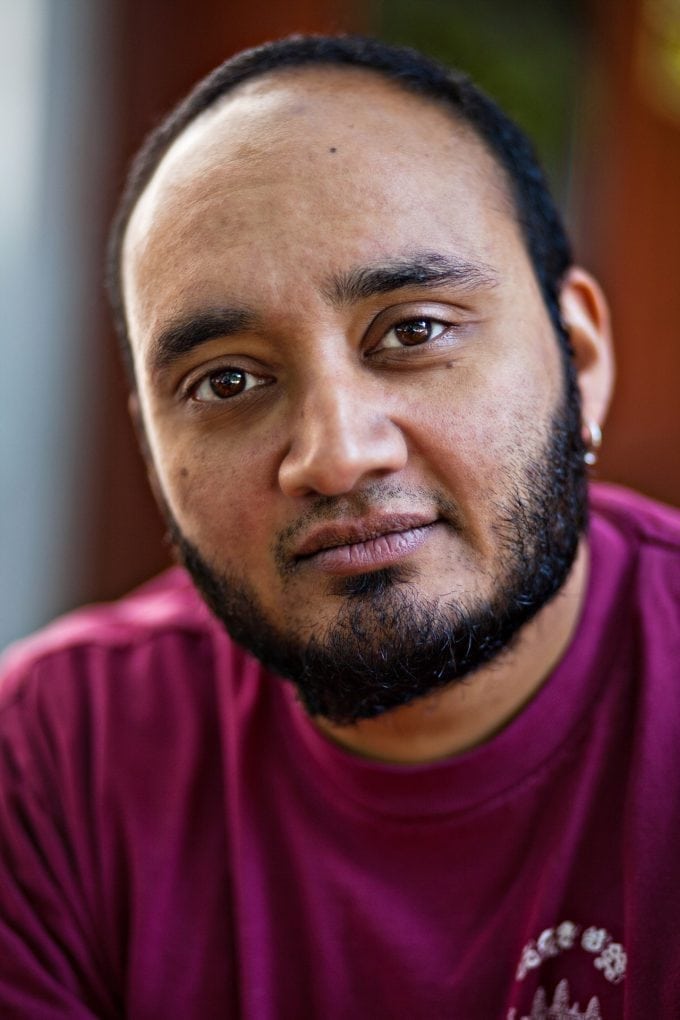 Except in weird ways, when they want the one-word answer and then they’re like, “Okay, I’m done.”

And that’s not helpful. I know I have scars on my arms and I think I can sometimes think that nobody sees them and then I’ll go to some other country and they’ll be like, “You got scars on your arm. What happened?”

And you’re like, “Oh, just… Americans don’t ask us about it ‘cause they think they’re not supposed to, but everyone notices.”

Do you think I should be ashamed of it? Is that why you don’t ask?

But yeah, I mean, I don’t feel ashamed of it. I feel… you know, my mom used to say, “What about those scars?”

I’m actually really grateful for my scars, ‘cause they’re like war injuries or something, or tombstones to times gone by. I don’t want to forget because I don’t want to be complacent and lose what’s important and slide right back into the place that I used to be and set myself up to get sick again…

I don’t want to forget that and become other people because… ’cause maybe I’ll get sick again, and that was the worst. That was the worst thing I think I’ve ever been through. Yeah, it was easily the worst thing I’ve ever been through. I mean, it’s hard to imagine… it’s hard to convey to people, ‘Can you imagine feeling like you’re in so much pain that you think if you can punch something long enough, that that pain will actually make the other pain go away?’

It served so many purposes. And, you know, it… I think it kept me alive. And it kept me from actually killing myself. It was little things I could do. So, I don’t know. Part of me is like, “Don’t knock it.”

It probably saved my life a number of times. I probably would have tried to kill myself in a serious way more often had I not had little ways to mitigate how shitty it felt…

One of the first things she said about my scars was, she took my wrist and she looked at it and I think she touched it and she said, “I’m sorry you were in so much pain.”

When I first met my partner, one of the first things–we had been rehearsing together. We were in a play. We were hanging out, just the two of us, so this was–we’d known each other a little bit. One of the first things she said about my scars was, she took my wrist and she looked at it and I think she touched it and she said, “I’m sorry you were in so much pain.”

Nobody had ever said that to me before. It was such an acknowledgement of, I think, where that came from. There was no judgment in it, and I think it was because her sister had been cutting for a little while, so she understood a little bit of the need for control and what it meant.

Maybe somebody could say, “You must have been in a lot of pain. Would you want to talk about it? Is that something I could ask you about, or would you rather not talk about it?”

I mean, part of me just wants to, I think, meet on some level of… you probably understand something about what I understand. But I don’t know. I usually don’t.

What I hate, though, is when somebody sees it and they say, “Why did you do this? You didn’t have to do this. It’s fine. You don’t have to do these things. Everything’s gonna be fine.”

And that is so super unhelpful and really irritating and super condescending. I mean, there’s not an easy way to ask about it because it’s…at first I’m gonna be like, “Why do you want to know? Who are you? What’s going on? What am I, just some oddity?”

I need to feel like you’re gonna take more than a minute and you’re really interested because you’re interested in me. I think just to know that anyone who cuts or who’s been through that, it’s a significant part of your life. And I think if somebody’s like, “It’s an important part of you. I want to know that part of you,” that would be really amazing.