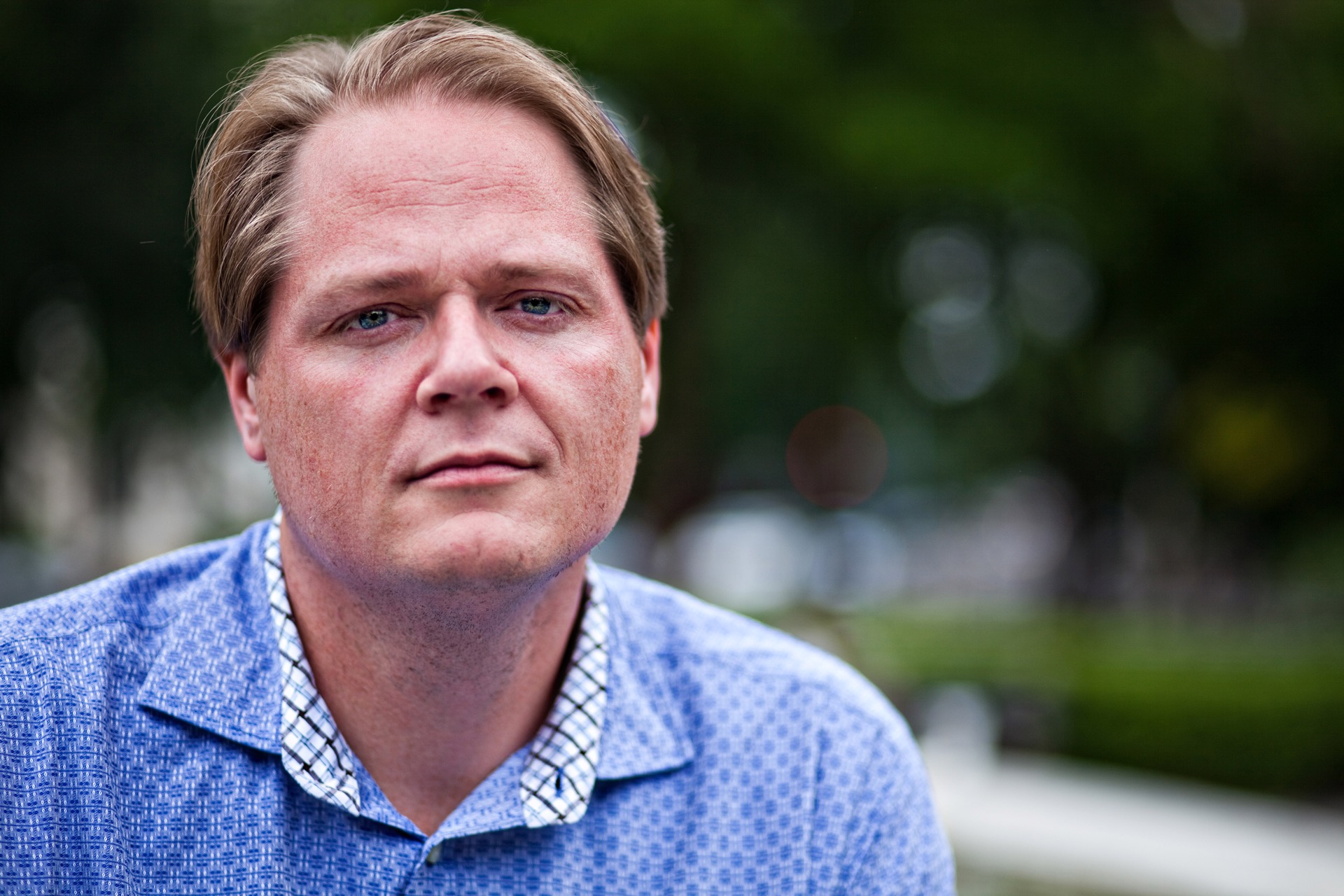 I met Stephen Power at a coffee shop in D.C. We talked about everything from suicide, to aging, to politics. He was 39 years old when I interviewed him on June 23, 2013.

I started to get really depressed in high school, junior high—kind of normal story.

Really didn’t have the ability to express anything that I was feeling. It pretty quickly transitioned into major depression in college.

I mean, the transition to college is always hard. It was pretty hard for me, just socially, academically, and also I was doing sports too, so it was constant. Looking back on it, I think the sports actually helped a lot—get out that physical release and keep your schedule full, keep you busy, keep your mind off of things.

Sophomore year in college, though, it was kind of hitting rock bottom. I had two hospitalizations and, before the second one, a suicide attempt. It was anxiety medicine, antidepressants. It was a whole list of stuff that went down. Last thing I remember is I’m trying to pull the tube out of my throat. That was my last thought, and then I kind of woke up the next morning.

The next two or three years were pretty difficult. What really kind of helped me a lot, though—medicine, for me, was just a way to keep things from getting worse. They really didn’t make it better, but what really turned me around and helped me was Cognitive Behavioral Therapy… just learning for me, specifically, how to ignore the thoughts in my mind, the things that kind of were triggers, the things that kind of ate away at me, whether it was an anxiety type of thing, whether it was a depressive thought, whether it was some thought that I didn’t want.

The biggest skill I learned was to really ignore what was going on in my mind. It’s been almost 20 years, and I still have those same thoughts today. They haven’t left me. My brain chemistry’s still pretty much the same, but what I’ve learned is how to ignore them and how to put them aside and how to realize they’re just literally foreign thoughts. That took probably two to three years to learn that skill. But that was the most helpful skill because, for me in my situation, getting better was about stopping the descent down and the triggers.

That was kind of a critical insight into my life and to what really helped me, just the kind of the mental—the psychological tools—to ignore them and to push them aside. The medicine, in my opinion, gave me that time to learn those skills. It gave me a break from the descent down. I didn’t have an experience with medicine where I took them and felt better. I know people who have and god bless them. I’m jealous. But that wasn’t my experience.

Mine was really slow, an incremental rebuilding over the course of ptwo to three years. I still have to, to this day, watch my thoughts, understand my triggers. They haven’t changed in 20 years. [I have to be] like, ‘Look, okay, great. I had a bad day. I know what caused it. Great. Push it aside, bam, move on.’

I couldn’t do that at the time. I couldn’t do that. I just didn’t have the skills to do that, but now I do, and so that’s how I’ve been able to keep things in balance. It’s not that you don’t have bad days. No, but you learn to enjoy all the good days and when you do have a bad day, it’s not overwhelming because you know you have the tools to deal with it.

[Suicide is] another type of topic that no one wants to talk about. It’s there. It’s like a pink elephant in the room. Everyone knows someone that’s been through this… this impacts everybody. And we just refuse to talk about it. And if you don’t ever talk about it, it’s never gonna get better.

The only reason it’s gonna be treated like those other disorders is if we talk about it, and if people know someone that they can relate to and recognize [who’s] been through it. Otherwise, it’s ‘Those people are like that, we’re not like that.’

That’s just wrong, and you know what? That’s all it is, is just a health issue. I’m not trying to minimize it or make a big deal of it, but it’s a health issue. And we gotta bring it out of the shadows. It really irks me that they don’t have a problem with any other physical ailment, but when you talk about this, even in the medical community, you get, “Go someplace else, we can’t help you.”

It really bothers me. We need to change that, and by getting out there and outing ourselves, so to speak, and talking about it, I think it’ll help change.